As a good place to start I thought if share my whole Salamanders force as it currently stands now. As you can see it clearly needs lots of work doing but as a collection it is pretty much there although I still have a few bits to pick up to finish it off, not counting the new releases in the next few weeks!

Ill go through each unit and my plans for trying to get them all finished and into a complete army over the next few months.

Currently my company consists of: 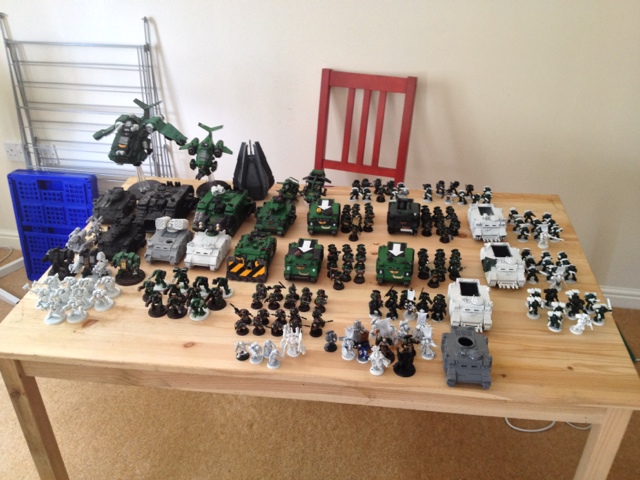